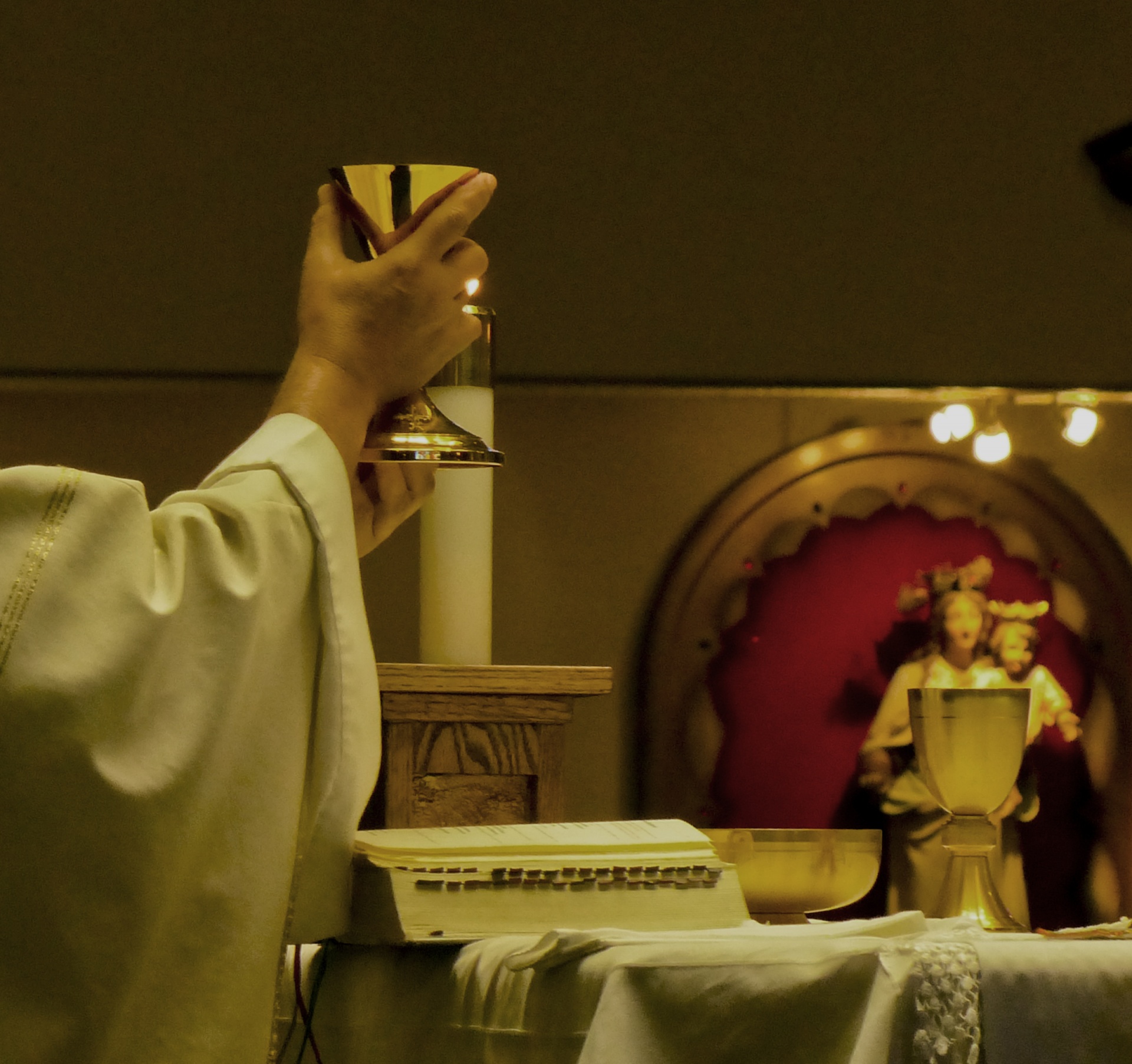 In our May 27 parish bulletin, I wrote that when a Roman Catholic priest offers the Holy Sacrifice of the Mass in the Ordinary Form of the Mass (as we experience here at Saint Clement each day), the priest can, depending on the structure of the altar, be ad orientem (facing liturgical East) or versus populum (facing the people) at the altar. The Church teaches that both are valid. (see The General Instruction of the Roman Missal, Third Typical Edition, #299: The altar should be built apart from the wall, in such a way that it is possible to walk around it easily and that Mass can be celebrated at it facing the people, which is desirable wherever possible. The altar should, moreover, be so placed as to be truly the center toward which the attention of the whole congregation of the faithful naturally turns. The altar is usually fixed and is dedicated.) The Church clearly instructs the priest to offer Mass “facing the people, which is desirable wherever possible.”

In “The Order of the Mass,” the following refer to “the Priest” and where he is looking/facing:
At the beginning of Mass. #1 “…Then, with the ministers, he goes to the chair. When the Entrance Chant is concluded, the Priest and the faithful, standing, sign themselves with the Sign of the Cross, while the Priest, facing the people, says: In the name of the Father, and of the Son and of the Holy Spirit. The people reply: Amen.”
After the Priest washes his hands. #29 “Standing at the middle of the altar, facing the people, extending and then joining his hands, he says: Pray brethren (brothers and sisters), that my sacrifice and yours may be acceptable to God, the almighty Father. The people rise and reply: May the Lord accept this sacrifice at your hands for the praise and glory of His Name, for our good and the good of all His Holy Church.”
After the Lord’s Prayer (“Our Father…”). #127 “The Priest, turned towards the people, extending and then joining his hands, adds: The peace of the Lord be with you always. The people reply: And with your spirit.”
Before Holy Communion. #132 “The Priest genuflects, takes the host and, holding it slightly raised above the paten or above the chalice, while facing the people, says aloud: Behold the Lamb of God, behold Him who takes away the sins of the world. Blessed are those called to the Supper of the Lamb. And together with the people he adds once: Lord, I am not worthy that you should enter under my roof, but only say the word and my soul shall be healed.”
After Holy Communion. #139 “Then, standing at the altar or at the chair and facing the people, with hands joined, the Priest says: Let us pray. All pray in silence with the Priest for a while, unless silence has just been observed. Then the Priest, with hands extended, says the Prayer after Communion, at the end of which the people acclaim: Amen.”
In “The Concluding Rites.” #141 “Then the dismissal takes place. The Priest, facing the people and extending his hands, says: The Lord be with you. The people reply: And with your spirit. The priest blesses the people, saying: May almighty God bless you, the Father, and the Son, + and the Holy Spirit. The people reply: Amen.”

With peace and prayers in Christ,
Fr. William